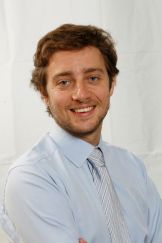 Graduated in 2000 from HEC, the leading French Business School, he started his career within M & A at JP Morgan, and then became an entrepreneur till 2003. After 2 years at SG Capital Europe, a PE fund, he joined WCP, a mid-cap LBO fund at its creation in 2005 where he worked on several investments including several in the healthcare sector. There, he was instrumental in the creation of POI, a pharmaceutical laboratory, build through acquisitions of commercialized drugs and biotech companies. All POI antibiotic R&D assets led to the creation of Mutabilis. After the sale of the other POI subsidiaries he became CBO / CFO of Mutabilis and CEO in 2020. 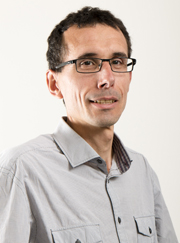 Francois has over 20 years of experience in drug discovery. After a PhD in bioorganic chemistry, he started at Parke-Davis, then Pfizer, as enzymologist in allergy and respiratory diseases before leading several gene-to-lead projects in this therapeutic area. He joined Mutabilis in 2004 to explore the novel concept of bacterial antivirulence, participating in the identification and characterization of anti Gram-positive and negative compounds up to the in vivo proof of concept. He also contributed to the development of a new class of antibacterials, the FabI inhibitors and a new class of antiretrovirals, the allosteric inhibitors of HIV integrase up to clinical phase I. At Mutabilis, as CSO, he leads the R&D activities and the main scientific partnerships supporting Mutabilis Dabocin programmes. François is co-author of 25 articles and co-inventor of 15 patents. 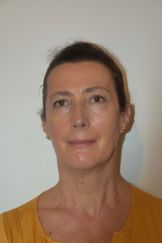 Sophie has over 20 years of experience in medicinal chemistry. She started her career at Louis Lafon (then Cephalon) in 1998 as medicinal chemist in central nervous system and oncology. In 2007 she joined Novexel, a spin-off of Aventis dedicated to the discovery and development of novel antibacterials. With her medicinal chemistry group, she led a program based on original diazabicyclooctane chemistry towards improved Avibactam derivatives. After Novexel’s acquisition by Astra-Zeneca in 2010, Sophie joined Mutabilis and contributed to the identification of a new class of antiretrovirals, the allosteric inhibitors of HIV integrase up to candidate selection and GMP batch manufacture. Sophie now heads at Mutabilis the Chemistry Department, covering all Medicinal Chemistry activities in the Dabocin field, IP and CMC management.
She is co-author of 9 publications and 18 patents. 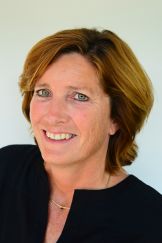 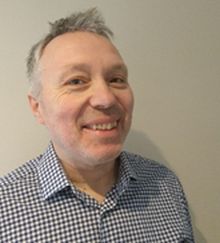 John has 20 years’ experience in the development of API’s for preclinical and early clinical applications. After fulfilling various roles at ChemShop (subsequently Cambridge-Major Laboratories, nowadays part of Mercachem-Syncom) in the Netherlands and AMRI in the UK, he joined Navin Fluorine in 2015 as Head of Development for the CRAMS business unit, followed by a move to become Head of Chemistry there. He became a CMC consultant as part of JKonsult in early 2020. John has managed over thirty different API development projects from preclinical phase to clinical phase II. 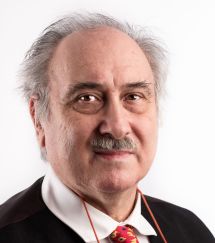 Ph.D. from Worcester Polytechnic Institute, on behalf of the Worcester Biomedical Consortium, for studies conducted at the Worcester Foundation for Experimental Biology, Inc. Following a post-doctoral appointment at Dalhousie University/co-appointment at the NRCC Atlantic Regional Laboratory and a tenure-stream assistant professorship (Chemistry) at Concordia University (Montréal), Dr. Shapiro became the first Capo Servizio della Microbiologia Industriale at Sigma-Tau Industrie Farmaceutiche Riunite S.p.A. (Pomezia, Italy), with a joint appointment at the Istituto Superiore di Sanità (Rome). In 1991 Dr. Shapiro joined the University of Zürich, and ten years later moved to Basilea Pharmaceutica International AG where, as Group Leader for Microbiological Research, he spearheaded the preclinical microbiological development of ceftobiprole (Zevtera™, Mabelio™) and of molecules belonging to other antibiotic classes. In 2013 Dr. Shapiro cofounded Allecra Therapeutics (Germany/France), where he oversaw the preclinical development of enmetazobactam. Dr. Shapiro retired from Allecra in December 2017, and currently is an independent consultant to small- and medium-size pharmaceutical enterprises. 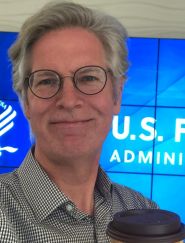 Markus Heep, MD is a Board-certified Medical Microbiologist and an expert for drug development and clinical studies of antibacterials and antifungals, with 10 years of clinical and academic qualifications and over 18 years of continuous anti-infectives work in industry R&D, including pivotal studies in invasive fungal infections, respiratory infections, STI and complicated UTI, for Biotech (Basilea, F2G, Allecra), and Novartis. Currently he is dedicating most of his time to the Global Global Antibiotic R&D Partnership (GARDP), leading the Zoliflodacin study team and is also consultant advisor for several Biotech discovery projects.